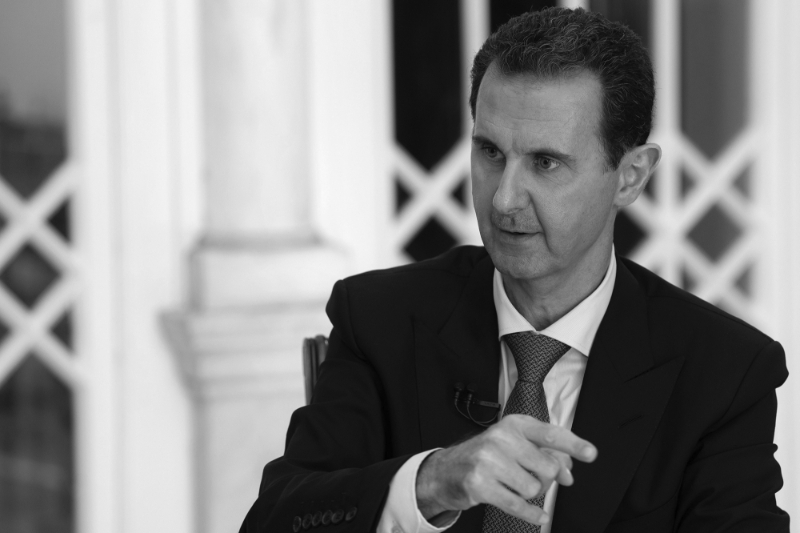 Issue dated 16/09/2020 Reading time 16 minutes
As the Syrian conflict enters its final stages, the Damascus regime is preparing major contracts, much coveted by its donors, to rebuild the country. Syria's business landscape is undergoing big changes as tycoons who got rich during the war become caught up in the regime's political power struggles. Asma Al Assad, the president's wife, is promoting the interests of a powerful new clan that may herald the demise of the oligarchs of old. Intelligence Online puts the spotlight on those who are likely to hold sway in tomorrow's Syria.

The old generation of Syrian oligarchs, embodied by Rami Makhlouf and Fares Al Shibahi, are gradually losing control over Syrian business as newcomers like Samer Foz, Nader Kalai, Nazir Jamal Eddine and Houssam Qaterji come to greater prominence. A group of businesspeople close to first lady Asma Al Assad are also vying for a place at the table, led by Tarif Akhras and Mohammed Al Dabbagh, who are in turn up against Mohammed Hamcho, Ghassan Ali Bilal and others loyal to Bashar Al Assad's brother Mahar Al Assad.

Real estate tycoons have pride of place in the reconstruction model that is emerging, which some compare to Beirut's Solidere of the 1990s. The president's office is anxious to entrust these projects to loyal businessmen. The most striking example is the Marota City project, which was recently exposed to US sanctions under the recent Caesar Act. This massive project will involve the construction of dozens of homes, shops and luxury hotels in south-western Damascus, under the watchful eye of the governor of Damascus, Adel Anwar al Obadi, who is close to the president. Some of Damascus' leading businessmen have come together to create the company that will oversee the project, Damascus Cham Holding, which was founded by the governorate of Damascus.

With air traffic booming in Aleppo after airstrikes forced flights away from Damascus, the northwestern city's most prominent businessman Fares al-Shihabi is eyeing a broader boost for the region and for Syria's neglected rail sector. [...]

The European Court of Justice has lifted sanctions against Syrian businessman Abdelkader Sabra, who had the support of the former French ambassador and Middle East old hand Charles-Henri d'Aragon. [...]

Syria is now officially part of the Belt and Road Initiative and has brought Asma Al Assad and the Syria Trust Association on board, an impressive stepping stone into international business for the association. [...]

Abbas Ibrahim, who seems to have been omnipresent since Michel Aoun became president in 2016, has kept control since then of Lebanon's relations with neighbouring Syria. This alliance of circumstance is being superceded, however, by religious loyalities, driven by the resurgence of personal ambitions, which have opened up the road to Damascus for State Security director Tony Saliba. [...]

Like other Syrians sanctioned in Europe, Syrian businessman Samer Foz has failed to have EU sanctions overturned by the EUCJ. In the meantime he continues to do business out of Dubai, investing heavily in Damascus' Marota City project. [...]

The colours of Bashar Al Assad's Syria topped the bill at Expo 2020 Dubai on 14 November but Syrian companies like Cham Wings Airlines and Cham Holding were there above all for business reasons. They wanted to show that they are confident of their ability to get back into the regional business scene despite the American and European sanctions still weighing on them. [...]

After investing heavily in military support for Syrian president Bashar Al Assad's regime, Iran is now looking to strengthen its economic position in Syria, where it does not want to be overtaken by Russia or China. [...]

Chinese companies have quietly moved into the Lebanese port of Tripoli, which is shaping up to become a strategic point on China's Belt and Road Initiative. Its proximity to Syria is a big attraction. [...]

After resuming their diplomatic relations, Damascus and Abu Dhabi are back in business with one another again in conjunction with the Universal Exhibition. Syria has a major presence for the first time since 2011 and is counting on a new bilateral business council to attract Emirati investment. [...]

Unexpectedly, the British Treasury has lifted the financial sanctions imposed on Syrian business magnate Tarif Akhras, who has close links with Syria's first lady Asma al-Assad. The measure promises to be highly beneficial for Akhras but has brought a sharp reaction from Damas, which has taken measures against the entrepreneur's commodities import group. [...]

Already in with Syrian President Bashar Al Assad, businessman Houssam Qaterji has recently received the nod from Moscow to operate two oil fields in Deir ez-Zor, Syria, while also strengthening his trade with the Syrian Democratic Forces and consolidating his place in Aleppo. [...]

Two companies headed by Syrian businessman Samer Foz's brother and sister have been taken off the US sanctions list. However the move does not denote a change of position on the part of the Biden administration. [...]

Given Syria's economic difficulties and its dependance on Russia and Iran, while the security situation remains fragile President Bashar Al Assad is determined to keep his security apparatus on a tight rein, even if this means retaining henchmen who were there at the start of the conflict. [...]

Syria wants back in the offshore exploration game and has called on Russia for help. Though keen to get a foot back in the sector, Moscow is treading very carefully for fear of US sanctions. [...]

Damascus topples MTN to lock in grip of telecom sector

After the country's largest operator Syriatel collapsed, the Assad regime has now placed MTN under judicial guardianship, further tightening its grip on the strategic telecommunications sector. [...]

Rising Syrian businessman Nader Kalal's death of Covid-19 in Beirut on 2 February (see our Insiders report) has left his [...]

WHO and WFP work with companies close to Assad

UN agencies continue to have business relations with the Damascus regime but some prefer to reveal little about their contracts with local tycoons. [...]

The recent sanctions against Syrian first lady Asma Al Assad and a number of her UK based relatives have implications for the pro-Damascus community in London. [...]

With the country's reconstruction still in its infancy, Syrian businessman Nidal Bakour is launching a milk formula production company with the help of the French subsidiary of China's Synutra. [...]

The last session of the Syrian Constitutional Committee in Geneva (IOL 860) on 4 December was an opportunity for Bashar [...]

With the restoration of Beirut port held up by the political crisis in Lebanon, the French shipping company CMA CGM is pressing on with its activities in the northern Lebanese port of Tripoli, a gateway to future business in Syria, while keeping one eye on the situation in the capital. [...]

Damascus' supporters eager to get share of reconstruction cake  Free

Ostensibly there to discuss the refugee issue, future reconstruction contracts in Syria were foremost in the minds of Bashar Al Assad's supporters gathered in Damascus earlier this month. [...]

The fall of Syrian business magnate Rami Makhlouf has opened up a breach in the Syrian telecoms sector he once dominated. EmmaTel is stepping in, under the watchful gaze of powerful first lady Asma Al Assad. [...]

Although the Kremlin has pledged Russia's strong implication in the energy segment of Syria's reconstruction, Russian investors are not stepping up to the table. [...]

Some Western companies are determined to get a slice of Syria's reconstruction, which has been estimated at $200bn, regardless of economic sanctions. The French Office de Commerce et d'Industrie Franco-Syrien has signed up to attend the Rebuild Syria trade fair in Damascus. [...]

Mohammed Makhlouf, the 88-year-old father of the recently excommunicated Syrian oligarch Rami Makhlouf, passed away on 12 September at Damascus' [...]

Between Turkish territorial ambitions and the US military and economic backed Kurdish control of the area, Bashar Al Assad is struggling to retake northern Syria. [...]

Maher refuses to submit to Moscow

The differences between Maher al-Assad and Russia continue (IOL 855), [...]

The purge launched by the Assad clan against Rami Makhlouf's empire has begun to have an impact. The billionaire who has fallen out with his cousin, President Bashar Al Assad, is gradually losing the support of his entourage. [...]

Rumours are spreading from Beirut to Damascus that the alliance between Syria's President Bashar Al Assad and his cousin, the [...]

The stand-off between Russia and Iran in Syria has risen a notch since the eviction of General Mohamed Mahla, the [...]