Barzan Holdings, Qatar's defence industry giant springing up out of the desert 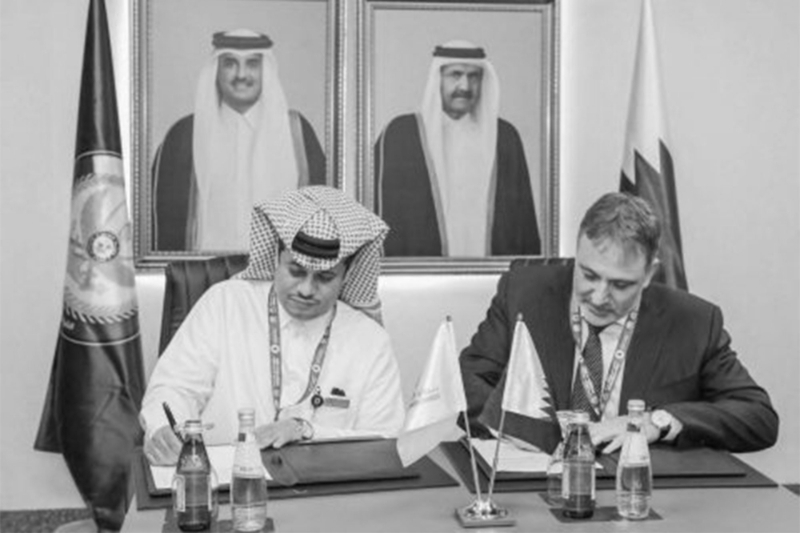 Issue dated 25/10/2021 Reading time 16 minutes
Like Saudi Arabia and the United Arab Emirates, Qatar wants its own sovereign weapons industry. Over the last three years, it has built Barzan Holdings out of nothing. To do this, Emir Tamim ben Hamad Al Thani has called upon the expertise - and contacts - of leading local figures and many foreign consultants. We take a look at the key players.

Barzan Holdings' executives have been travelling all over the world. The conglomerate's chairman, Qatari defence minister Khalid bin Mohammad Al Attiyah, is expected in the United States in early November for the inauguration of Barzan Aeronautical, one of Barzan's many subsidiaries, which has been given the specific task of developing drones for the emirate. At the end of August, vice-president Abdullah Hassan Al Khater was at the International Defence Industry Fair in Istanbul, where he announced the signing of a major contract between another group subsidiary, Barzan Maintenance Shield, and Turkish arms group Havelsan. Al Khater had earlier spoken of the group's military cooperation projects with Kazakhstan and Poland, and of the anti-drone project Barzan Holdings has been asked to carry out during the 2022 football World Cup in Qatar.

Set up three years ago along the same lines as the Emirates Defence Industries Co (EDIC) in Abu Dhabi and Saudi Arabian Military Industries (SAMI) in Riyadh, the plan is to have Barzan serve as the basis for an actual Qatari defence industry, as well as promote the emirate's diplomatic and military ambitions. To achieve its objectives, the state-owned company has decided to draw on the expertise of Western defence industry companies. It has set up several joint ventures with these companies to ensure their technological know-how is transferred to Qatar and has recruited many foreign executives and senior managers from the arms sector to work for these joint ventures, as well as for Barzan itself. Among them is its chief operating officer, Briton John Taylor. The group has also used the services of consultants specialising in the negotiation of major contracts.

Those big plans have, however, suffered many setbacks. Some of the joint ventures it announced with great ceremony never actually came into being, while those which did, like the one it set up with Taylor's old company, Rheinmetall, have run into major difficulties.

Armed with their major anti-drone contract, CS Group and Thales look to break into the Gulf

Now among the French army's suppliers of anti-drone equipment, the CS Group-Thales consortium wants to take advantage of this success. The Franco-Qatari cooperation will intensify right up to this year's football World Cup, while CS is trying to establish itself in Abu Dhabi with its rival MBDA. [...]

Two French consortiums appear to have been pipped to the post by the Texan firm 911 Security, thanks to the current warm relations between the US administration and Qatar. [...]

Via sovereign defence fund Tawazun, Abu Dhabi, which is looking to develop its research and development capacity, has struck a deal with local QinetiQ group subsidiary Houbara. The firm's brief is to pass on its British military know-how to the Emirati armed forces. [...]

With the 2022 Football World Cup looming, French companies have set their sights on Qatar's major anti-drone contracts. The firms are backed in their efforts by France's army, national gendarmerie and interior ministry. [...]

Consultant Christopher Ott, who represents the Qatari defence conglomerate Barzan in Washington, has been hired to facilitate US defence sales to Jakarta, whose position has become strategic in the context of growing tensions with China. [...]

After a real estate veteran, a former private investigator is now at the helm of Barzan Aeronautical. The American subsidiary [...]

Funded by Qatari state-owned conglomerate Barzan Holdings, the new Nightwarden observation drone, which can be armed, has been developed secretly in the United States. [...]

Backed by EDGE, the UAE's new defence conglomerate, Aquila was supposed to have delivered Abu Dhabi its first locally-developed ISR plane. But the project has been quietly put on hold. [...]

Cooperation between the Italian defence industry and Qatar has notched up a new first with Doha's Barzan Holdings taking a stake in an Italian submarine company. [...]

The US is stepping up restrictions on exports to Turkey in a bid to counter Erdogan's activism in the Eastern Mediterranean and Libya. The Pentagon is also unhappy about Turkey's recent treatment of the US company Sierra Nevada. [...]

Ankara has fully mobilised its intelligence capacities, particularly the MIT, to support its Peace Spring operation in Syria. [...]

A legal dispute has shed light on the role of Kingdom Projects, a Qatari firm linked to the Al Thani dynasty, in the award of an armoured vehicles contract to Germany's KMW. [...]

In Libya's skies, drones supplied by the Unted Arab Emirates, Khalifa Haftar's uncontested sponsor, are up against Turkish drones. [...]

With its projects in Riyadh still blocked because of Angela Merkel's ban on arms sales to Saudi Arabia, Rheinmetall is turning its attentions to Doha. [...]

After retiring as chairman of the armoured vehicle maker Arquus, formerly Renault Trucks (RTD), Stefano Chmielewski has recently resurfaced in [...]

Against the backdrop of the political upheavals that continue to play out in the region, Doha is establishing its new defence holding company. [...]