IGG's favours are sought after by a multitude of commercial agents acting as intermediaries for Western companies. Bill Clinton's former defence secretary, William Cohen, who is today head of the Cohen Group, is among the most active of these agents. Belgian-Greek entrepreneur Christian Hadjiminas is another.

Sometimes, IGG serves as cover for secret operations carried out by UAE outside its borders. In 2011, it sent large quantities of light arms to the rebel forces attacking the Gaddafi regime in Libya via Albanian state arms manufacturer Meico and Armenia's DG Arms Corporation. In 2012 and 2013, a similar arrangement is thought to have been set up to help Syrian rebels fighting the regime of Bachar Al Assad.

Tahnoon bin Zayed, the UAE's national security advisor, is a wealthy businessman who values his privacy. [...]

On January 21, five days before French President François Hollande's visit to New Delhi, the French Army made the timely [...]

Emirati officials’ e-mails that were recently leaked reveal the role that Al Mytlaq Tehcnology has played in arming the rebels supported by Abu Dhabi. [...]

Although the fall in the price of oil has left the coffers dry for defence deals not only in the United Arab Emirates but all of the Gulf region, Abu Dhabi Autonomous Systems Investments (ADASI) which is developing autonomous land [. [...]

The small business diplomacy firm Carlton Connections, which was founded by Zoe Williams, who was formerly with the procurement office [...]

Abu Dhabi is no longer content to be a simple buyer or broker in the defence industry – it is looking to become a major industrial and technological player in the business. This strategy was very apparent at the International [. [...]

Mohamed bin Zayed, the crown prince of Abu Dhabi, has tasked an investment fund with equipping the Emirati army with observation and combat drones - whatever the cost. [...] 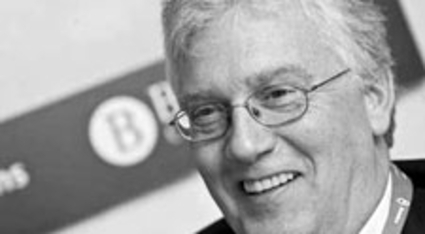 Iskandar Safa, who earned his nickname of Sandy during his youth as part of the Lebanese Christian militia, is an export agent who switched successfully to industry but who, in 2013, is still active as a business intermediary. [...]

International Golden Group is positioning itself alongside the Emirati state-owned Tawazun and Mubadala as the go-to partner for Western defence companies in the Emirates. [...]

The Al Kaabi family,
operating arm of the Emir of Abu Dhabi