Your account has been succesfully created.
Insiders
FRANCE MIDDLE EAST 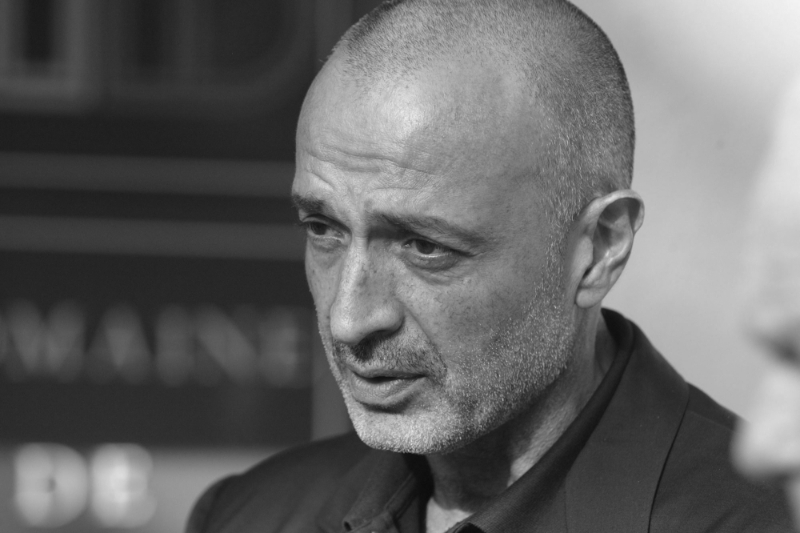 Issue dated 02/07/2013 Reading time 24 minutes
Iskandar Safa, who earned his nickname of Sandy during his youth as part of the Lebanese Christian militia, is an export agent who switched successfully to industry but who, in 2013, is still active as a business intermediary. As an industrialist, he reigns over a veritable shipbuilding empire which produces yachts and patrol boats. He has owned Constructions mécaniques de Normandie (CMN) in Cherbourg, France, since 1992 but, in 2007, moved up a size by setting up Abu Dhabi Mar shipyard with Al Ain International. Since then, he has bought industrial concerns all over the world.

As an export consultant, his speciality is the United Arab Emirates. French naval defence group DCNS called him in in 2003 to negotiate a contract for weapons system for six corvettes built by CMN for the Emirates. He also played an active role there in plans to revive a contract for Dassault Rafale fighter aircraft in 2010. He was involved, too, in the sale of two German TKMS corvettes to Algeria in April 2012 and, prior to the change in regime in Libya, had direct access to Muammar Gaddafi via his son Saif Al Islam Gaddafi.

All these activities have their origins in his native Lebanon. Privinvest, the personal holding company which runs all his companies, is based in Beirut and, in all his different activities, business, political and family relations are intertwined.

Rheinmetall and KMW's local partner, EODH president Andreas Mitsis, is hard at work in Athens to secure major land defence contracts for the two German arms manufacturers. But the country's decision-makers are lukewarm about these potential deals, which come as Greece faces budgetary constraints linked to Europe's energy crisis. [...]

According to our sources, the security division of the corporate intelligence firm Guidepost Solutions may provide security to the jailed [...]

The Al Muhairi heir is hoping to turn into a lead player in the cyber-security sector in the Gulf region with the firm Spectrami. [...]

After a boom period in which the contracts kept coming in, the charismatic Franco-Lebanese businessman Iskandar Safa is today facing pressure on several fronts. The founder of the naval shipyard Abu Dhabi Mar is under attack on its contracts in [. [...]

The firm is to help the US military to spot digitally-altered photos on social networks. [...]

The Franco-Lebanese Iskandar Safa, owner of Hellenic Shipyards (HSY) in [...]

Franco-Lebanese businessman Iskandar Safa, the head of Abu Dhabi Mar, and TKMS are bidding to take over former state-owned shipyards in Germany. [...]

Algerian Navy insiders feel that Berlin is playing a strange game with regard to the contract to delivery four Meko [...]

Safa aims to kill two birds with one stone

Franco-Lebanese businessman Iskandar Safa is negotiating the acquisition of the Indian-owned ABG Shipyard, which could be his ticket into the Nigerian marketplace. [...]

4 A lobbies for Israeli defence industry in France

Israeli defence companies looking to bid for contracts to supply the French army with drones, anti-tank missiles and other materiel receive a helping hand from the consulting firm 4 A International. [...]

Chief executive of Blenheim Capital Partners since its foundation in 2006, Grant Rogan has been active in the Gulf since the 1980s. His father, Richard Grant Rogan, was already a connoisseur of the region. Middle East director of Northrop Grumman in the 1970s, he was a regular contact of Adnan Khashoggi, the famous Saudi arms dealer. [...]

Hidden side of CMN contract

Iskandar Safa, the chairman and CEO of French shipbuilder Constructions [...]

Iskandar Safa, the chairman and CEO of Constructions mécaniques de [...]

ThyssenKrupp Marine Systems, well-placed to win a contract to equip the Algerian Navy, negotiates its deals via a division domiciled in Singapore. [...]

Franco-Lebanese businessman Iskandar Safa, owner of the CNM shipyard in the French port of Cherbourg, is forging alliances with Germany's ThyssenKrupp. [...]

Saudi Arabia’s decision on July 1 to contract the French-German group EADS to build a surveillance system for its 9,000 [...]

Privinvest, a firm owned by the Franco-Lebanese businessman, has forged a partnership with the authorities in the hydropower sector. [...]

The 30 vessels (24 trawlers and six patrol boats, worth a total of €200 million) ordered by the Mozambican finance [...]

The French military patrol vessel manufacturer, Cherbourg-based Constructions mécaniques de Normandie, is doing business with Libya once again. According to [...]