Chief executive of Blenheim Capital Partners since its foundation in 2006, Grant Rogan has been active in the Gulf since the 1980s. His father, Richard Grant Rogan, was already a connoisseur of the region. Middle East director of Northrop Grumman in the 1970s, he was a regular contact of Adnan Khashoggi, the famous Saudi arms dealer. His son, Grant, quickly opted to specialise in the discreet offset sector and set up his first consultancy company, Summit Group.

Offsets, which were originally intended to encourage the development of local industry in the Gulf, have become a determining factor in the signature of major contracts, particularly in the defence sector. From being a sideline, they have become a central feature in contract negotiations. One of the reasons for their success is that they are not totally covered by the transparency criteria governing commission payments which were brought into force by OECD convention in 1997.

Offsets are set up directly by the companies concerned, notably by their head office financial staff. But many companies opt to farm out the process and call in specialised operators. Over more than 20 years, Grant Rogan has become one of the leaders in this market. If he is called in, it is also because he is able to serve as an intermediary between Western defence groups and local offset bureaux. He is someone Western defence groups looking to carry out major projects in the region need to talk to but also someone who has precious contacts with the states of the region and their offset bureaux, which he advises and sometimes audits.

Blenheim Capital, which was the first offset company to receive certification from Britain's Financial Services Authority (FSA) in 2010, has offices in London, Abu Dhabi and Washington and has extended the geographical range of activity to the Far East, principally Malaysia.

Quincy caught in battle between Textron and its former Saudi agent

Quincy Group, which acts as a dealmaker between Riyadh and Washington, has become embroiled in the legal battle between the defence giant and its former local agent. [...]

Typhoon and Rafale held up in Malaysia

Embroiled in the biggest scandal in its history, Kuala Lumpur is putting the brakes on negotiations for an order of new fighter jets. However behind the scenes companies hoping to land the business are continuing to do deals with their contacts on the ground. [...]

Blenheim shifts from offset to satellites

It was originally conceived to build a Pan-Arab defence industry but AOI is turning into an office dedicated to defence contract offset deals. [...]

OSC Group, the British company that provides outsourced services to companies, has turned to one of Riyadh's oldest networks to [...]

At the beginning of July the Spanish naval shipyard Navantia took a decisive step towards conquering the South African marketplace. [...]

The small business diplomacy firm Carlton Connections, which was founded by Zoe Williams, who was formerly with the procurement office [...]

According to our sources, the Kuwait Investment Authority (KIA) is due to mandate the US private equity firm Stepstone Global [...]

Hamad al-Kuwari, the Qatari culture minister, has designs on becoming [...]

Blenheim Capital Partners, which specialises in defence and energy offset programmes, is prospecting for business in Azerbaijan at a time [...]

Grant Rogan, a major player in the global offset business [...]

Rolls-Royce in arbitration with agent

In the wake of Rolls-Royce's recent review of its Middle East agents' contracts (IOL 694), one of them, Qatar-based Jean-Paul [...] 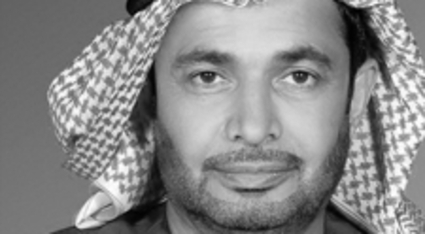 Rolls-Royce has long been renowned for its aggressive and somewhat "creative" commercial practices but, now under scrutiny, the car and aircraft engine manufacturer is having to rethink the way its agents work. A review the company is making under its [. [...] 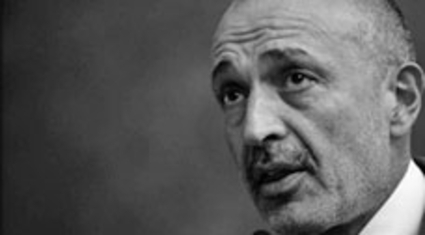 Iskandar Safa, who earned his nickname of Sandy during his youth as part of the Lebanese Christian militia, is an export agent who switched successfully to industry but who, in 2013, is still active as a business intermediary. [...]

Amin Badr El Din, who devised the United Arab Emirates' offset programme, is now in the private sector marketing his know-how as a consultant to governments. [...]

Qatar, which President François Hollande visited on June 22-23, is not only Paris' ally in the Middle East and a principal foreign investor in France, it is also a key country for French groups such as Thales and Total. [...]

French consultant Jean-Paul Soulie, still unstoppable at 70, is trying to mobilise his old network of contacts in Canada to [...]

International Golden Group is positioning itself alongside the Emirati state-owned Tawazun and Mubadala as the go-to partner for Western defence companies in the Emirates. [...]

A consultant who is very well-connected in the emirate claims the French defence group owes him millions in fees. [...]

The state-owned investment fund Tawazun is in charge of investing Western companies' offset compensations in the UAE's fledgling arms industry. [...]

Thanks to its network of well-connected contacts in the French capital, Moscow has obtained Paris’ commitment to help with its security concerns in exchange for its purchase of two BPC helicopter carriers. [...]