Your account has been succesfully created.
Insiders
SAUDI ARABIA 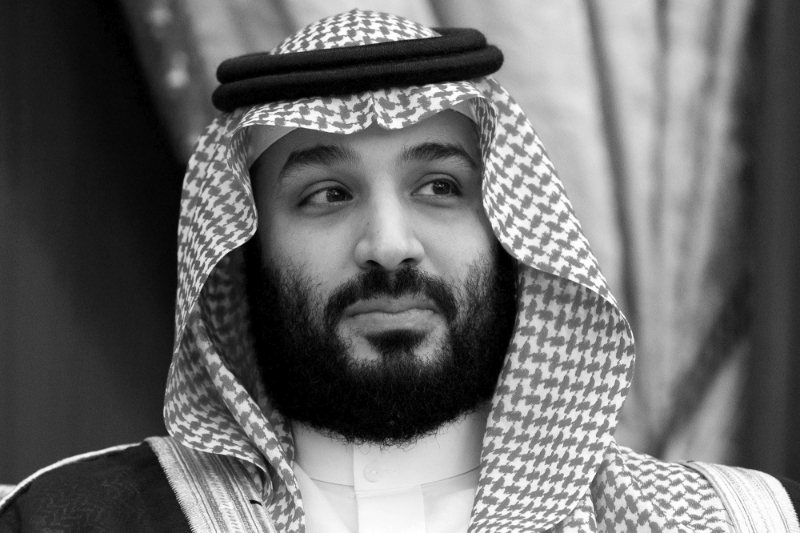 Issue dated 28/10/2015 Reading time 22 minutes
At a little over 30 years old, Mohammed Bin Salman has in a matter of months become Saudi Arabia's strong man. He is the all-powerful Minister of Defence, head of the royal court, director of the Council of Economic and Development Affairs and chairman of the supreme council of Saudi Aramco and has control over all major affairs. Whether it be operations in Yemen against the rebel Houthis or negotiations over major contracts, he is the principal decision-maker.

His father, King Salman Bin Abdelaziz, who has great confidence in him, brought Mohamed into his inner circle some years ago and, in April, designated him deputy crown prince. This made him second in order of succession, just behind interior minister Mohamed Bin Nayef.

Some, particularly arab speakers, describe Prince Mohamed as extremely warm, while others, often foreigners, find him cold and brusque. In his efforts to advance the cause of the Salman clan, he is gradually imposing his own people. He has surrounded himself with people who have already been close to the clan for a long time, people like the Spanish-Saudi consultant, Mohamed Eyad Kayali and the head of his private office, Fahd Bin Mohammed Al Essa.

He has also made families which support the clan the kingdom's key business partners. The Al Zamil family, owner of the Zamil Group, is increasingly coming to the fore as the key intermediary for Western companies in Saudi Arabia. In the same way, the Almabani General Contractors group headed by Lebanese national Nehme Tohme and Saleh Ali Al Turki's Nesma conglomerate are to be found among the front runners for major contracts.

He is also looking to satisfy his own political and social ambitions. To improve his image, he set up in 2011 the MiSK Foundation, which aims to aid young Saudis. Thanks to his influence, the foundation has been able to establish partnerships with Harvard University and Boston Consulting Group.

The advisers helping turn MbS into a cinema mogul  Free

After having promised to invest massively in Saudi Arabia's culture and historical heritage, Prince Mohammed bin Salman has begun a second attempt to get into the Hollywood hall of fame. The first, which began during the Trump presidency, just before the murder of Washington Post columnist Jamal Khashoggi, flopped. [...]

Saudi Arabia's sovereign Public Investment Fund (PIF), established by Crown Prince Mohammed bin Salman, has set its sights on Europe. To oversee the various European companies it has launched, PIF chief Yasser Al Rumayyan has turned to the Dutch financial services company TMF Group, which is as discreet as it is rigorous. [...]

Wahaj: BAE and Lockheed's choice to win over the GAMI

The industrial group sponsored by the Zamil clan is fast making its mark on MBS' new defence architecture in Saudi Arabia. [...]

Royal Al Ula commission stocks up on consultants in London

Riyadh has been handing out contracts for the development of the vast Al Ula cultural project to Western consultants left, right and centre, while its cultural war with Doha rages on in the background. [...]

After a hesitant start in nuclear and other strategic sectors, Riyadh's determination to work with Seoul has moved on to the defence industry, with America happy to wish them well. [...]

The development of Saudi Arabia's cyber-security sector, which Crown Prince Mohammed bin Salman has made a priority, is being spearheaded by the part-publicly owned Saudi Information Technology Company (SITE). The firm is looking to develop while being mindful of the internal and regional power balance. [...]

With Mohammed bin Salman, Paris tries to paint economic diplomacy with a coat of culture

The billions of dollars being injected into the vast Al-Ula archaeological tourist project is the stuff of dreams for France's industrial players and ministry of foreign affairs, which have been pulling out all the stops in Riyadh. [...]

The closing of ranks around King Salman and his son, Crown Prince Mohammed bin Salman, has forced others in Saudi Arabian business circles to adapt or face demise. [...]

Naval contracts are likely to be on the agenda of French foreign minister Jean-Yves Le Drian and President Emmanuel Macron's [...]

Crown Prince Mohammed bin Salman is looking to take back the initiative in a number of conflicts of influence that he himself started with Qatar, Iran, the Muslim Brotherhood and other parties. Four key figures are leading the Saudi official's offensive. [...]

A new member has recently joined the board of the [...]

Prince who shelled out a cool $450 million on a Leonardo

There is concern in Franco-Saudi Arabian bilateral circles that the [...]

John McCain, the chairman of the Senate Committee on Armed [...]

Yasser Al Rumayyan has emerged as the go-to advisor to [...]

Walid Bin Talal, the head of the Saudi Arabian conglomerate [...]

Close to some of the biggest European defence groups, commercial agent Abdullah Al Shugeir is trying to put himself centre-stage in Riyadh with the help of Al Essa technocrats. [...]

Naval chief Sultan on way out

According to our sources, Admiral Abdullah bin Suntan al-Sultan appears to be headed for the door as Saudi Arabia's naval [...]

Alsalam Aircraft, which was established during the Sultan bin Abdulaziz era to handle local offset contracts associated with Saudi Arabian aeronautical deals, is adapting to the new order in Riyadh. [...]

Hot on the heels of its recent success in Australia [...]

Tension between Saleh and Houthi

The alliance that did much to help the Houthi rebels [...]

Conservative MP Alan Duncan has teamed up again with Vitol, [...]

The surprise news on February 22 that Saudi Arabia had ordered six observation satellites from the US company DigitalGlobe, following on from Riyadh's brutal ditching of the Euros 3 billion DONAS three-way package of French military materiel for Lebanon, has [. [...]

Mutaib bin Abdullah, the son of the late King Abdullah and head of the Saudi Arabian National Guard (SANG), is [...]

It was said that he had been pushed out of the Saudi Arabian royal inner circle some months ago but [...]

With a new round of talks between the Houthi rebels [...]

OSC Group, the British company that provides outsourced services to companies, has turned to one of Riyadh's oldest networks to [...]

Tension is mounting in Riyadh between the various services that [...]

Gillier could replace Guillaud at ODAS

Admiral Marin Gillier, the head of the French foreign ministry's [...]

Francois Hollande has made it known to several Gulf state [...]

Spanish naval shipyard Navantia is understood to be in the [...]

ODAS teetering on the brink

After months of issues between Paris and Riyadh, Intelligence Online has heard that ODAS, France's military export agency for Saudi Arabia, could fold. [...]

According to our sources, Mohamed bin Salman, the Saudi defence minister, is thinking of merging the communications and observation satellite [...]

Mohammed bin Salman, the Saudi Arabian minister of defence and [...]

Major Western companies are keeping a close eye on the tender to build Jeddah's new underground rail line. The outcome will indicate which intermediaries have clout in King Salman's Saudi Arabia. [...]

The Saudi Arabian-Qatari summit in Mecca on July 8 sealed the strategic rapprochement between Saudi Arabia and the Muslim Brotherhood. [...]

According to our sources, general Jean-Philippe Bonnet, the former military [...]

Turki bin Salman, the son of Saudi Arabia's King Salman bin Abdelaziz and brother of the country's defence minister Mohammed bin Salman, is carving a niche for himself as a go-between. [...]

The recent chill between Riyadh and Paris over defence contracts notwithstanding, Saudi Arabia is being pulled in two directions as it steps up its diplomatic and military engagement with France while trying to remain in tune with its major ally, [. [...]

Who are King Salman's new "treasurers" ?

While King Salman bin Abdelaziz settles in as Saudi Arabia's new ruler, the business community has also been busily positioning itself around him. Intelligence Online has the inside track on who are the business leaders closest to the new ruling [. [...]

New intermediaries between Paris and Riyadh

King Salman is keen to replace the people that handled the negotiation of major contracts under King Abdullah with his own team, say Intelligence Online's sources. [...]

Defence intermediary Salah Fustok's privileged relationship with the Saudi Arabian National Guard (SANG) may be coming to an end. In [...]

Behind the scenes of Salman's accession

Salman bin Abdulaziz's accession to the throne took place as planned but behind the scenes it was accompanied by an epic palace battle. [...]

If he becomes Saudi Arabia's next monarch (see p.3), Salman bin Abdelaziz, the current defence minister, is expected to shrink [...]