The Fustok brothers, guardians of the financial secrets of King Abdullah

Brothers Mansour and Salah Fustok, are Lebanese Sunnis who have been established in the Gulf for more than 40 years. A third brother, Mahmoud, died in a road accident in 2006 but the two remaining brothers remain the gatekeepers that foreign companies need if they want access to the entourage of the king of Saudi Arabia, Abdullah bin Abdulaziz Al Saud. They owe their close relationship to him to the fact that he married their sister, Aïda.

Thanks to this relationship, the Fustoks have used their companies, Arab Builders for Trading (ABT) and Saudi Establishment for Safety Equipment (SESE), to set up a wide-ranging network of sales agents to supply the Saudi Arabia National Guard (SANG), an armed force controlled directly by the monarch and tasked with protecting the royal palaces, holy places and national borders. Since 2010, the guard has been run by Muteb bin Abdullah, the monarch's preferred son and the one he desperately wants to set on course to succeed him on the throne.

All the Fustoks' agents have the particularity of being very close to the intelligence agencies of their countries of origin, including, most prominently, France's DGSE and Britain's MI6. Among these agents is Corsican George Francioli, who serves as go-between between the brothers and companies in francophone countries. Head of Bahrain-based Eurocorp Consultants, he acts as adviser to electronics companies Thales and Arinc, arms suppliers FN Herstal and Mecar and French military training company Défense Conseil International (DCI). In May, he recruited to his company the former number two at the French embassy in Riyadh, Emmanuel Bel.
Before he died in 2006, Mahmoud Fustok was responsible for contacts between the family and its North American partners. His main contact was Alan Vinnell, who has been in partnership with ABT since 1975. Vinnell's company, which goes under his name and specialises in the provision of military training and equipment, has been supplying the National Guard since that year. In 2002, however, it was taken over by the giant Northrop Grumman group.

Briton Peter Austin was the man who served as contact with the brothers for British firms. He was for a long time assisted by former Saudi Arabia-based MI6 officer Bryan Somerfield, as he brought in contracts from the National Guard for International Hospitals Group (IHG), BAE Systems and GPT Special Project Management, a British subsidiary of EADS, which has now become Airbus Group. Austin has been less operational, however, since he became the target of an investigation by Britain's Serious Fraud Office (SFO) in 2011.

Salah Fustok, who was born on August 7 1939 in Beirut, has set up a rear base at Pompano Beach in Florida. His brother Mahmoud was consul general for the American state in Riyadh. Both brothers have a passion for thoroughbred horses and the Fustok family are the owners of the Deerfield stud farm in Cambridgeshire, England. The brothers' succession is assured, moreover. Salah's son, Majid, is increasingly involved in the clan's affairs and is currently financial director of Saudi Establishment for Safety Equipment (SESE).

Vinnell Arabia back in with Riyadh

Vinnell Arabia, once a central player in US-Saudi Arabian military finance, has hired a raft of new experts recently to [...] 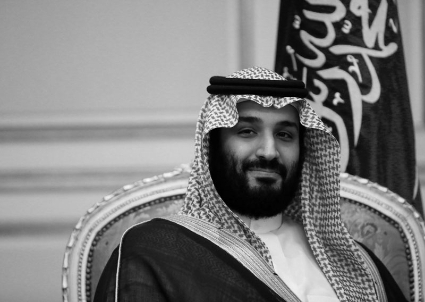 In a massive purge on November 4, Crown Prince Mohammed bin Salman managed to achieve what no other Saudi Arabian leader has done - sidelining people in defence circles who were not under his control. [...]

According to our sources, the Saudi Arabian National Guard (SANG) is poised to relaunch its acquisitions after several months of [...]

Although Doha is heavily engaged with the Syrian opposition (IOL 749), the Qatar National (QNB) is still a major player [...]

Mutaib bin Abdullah, the head of the Saudi Arabian National [...]

When a statue of Queen Elisabeth II was inaugurated in [...]

Who are King Salman's new "treasurers" ?

While King Salman bin Abdelaziz settles in as Saudi Arabia's new ruler, the business community has also been busily positioning itself around him. Intelligence Online has the inside track on who are the business leaders closest to the new ruling [. [...]

New intermediaries between Paris and Riyadh

King Salman is keen to replace the people that handled the negotiation of major contracts under King Abdullah with his own team, say Intelligence Online's sources. [...]

Defence intermediary Salah Fustok's privileged relationship with the Saudi Arabian National Guard (SANG) may be coming to an end. In [...]

Western capitals are speculating about the succession of King Abdullah, who was hospitalised on December 31. [...]

The responsibilities of the Saudi Arabian National Guard (SANG), commanded [...]

The Serious Fraud Office's (SFO) probe into allegations that Airbus Group's made illegal commission payments to Saudi Arabian officials involves one of the most active business networks in the country. [...]

The Fustok brothers,
guardians of the financial secrets of King Abdullah