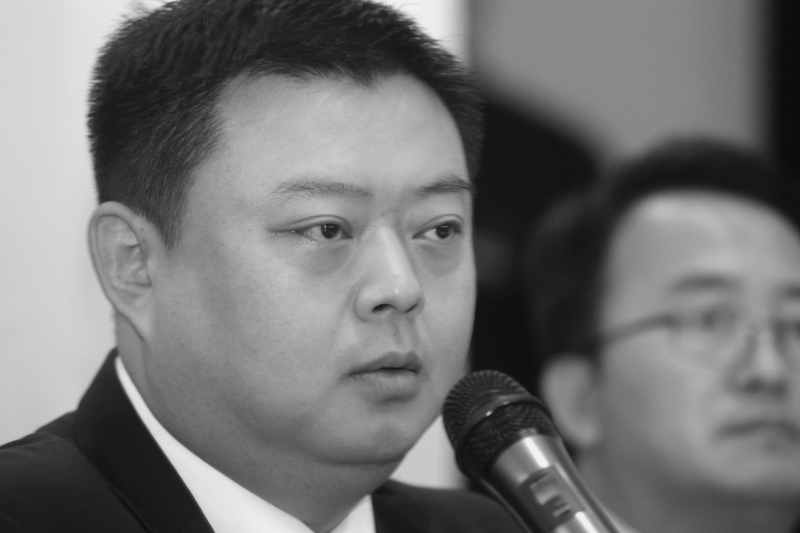 Issue dated 09/03/2020 Reading time 11 minutes
Beijing Skyrizon Aviation's attempt to take over Ukraine's Motor Sich alarmed Washington, which wants to prevent China from obtaining the company's defence technology. Skyrizon's executive, Wang Jing, claims to be operating alone, but maintains close ties to China's leaders and defence sector through his telecoms company Xinwei.
Wang Jing, the Chinese tycoon born in 1972 who made headlines in 2017 when he attempted to take over Ukraine's military aircraft engine maker Motor Sich, has a knack for aligning his business interests with Beijing's military ambitions. His bid to obtain a controlling stake in Motor Sich through his company Beijing Skyrizon Aviation stirred up a storm in Kiev's defence industry and prompted Washington to step in to stop the strategic aerospace firm from falling into China's hands. The Trump administration, which has been searching for months for potential buyers, reportedly approached Erik Prince, founder of the security contractor Blackwater, before turning to Nabil Barakat, a former business partner of France's Thales in the Middle East.

Kiev, too, has mobilized to prevent its top defense firm from slipping away. A court froze the transaction in 2017 on national security grounds and Ukraine's intelligence agency, the SBU, raided Motor Sich's offices a year later. According to reports, Ukraine's anti-trust authority is expected to block the sale of Motor Sich to Skyrizon this month.

Intelligence Online has learned that Moscow is trying to recuperate the chairman of the Ukrainian aircraft engine manufacturer after his arrest by the latter's internal intelligence department for alleged collusion with the Russian state. This comes just two years after a Chinese company close to the Chinese Communist Party tried to buy the company. [...]

The Ministry of Public Security, or Gonganbu, pushed for deeper police-civil fusion as it announced on 3 February that it [...]

The current vacuum in the White House is extending the Western, Chinese and Russian struggle for influence over Ukrainian assets such as the aircraft engine builder Motor Sich. [...]

The White House is doing all it can to prevent Chinese investors close to the authorities in Beijing from grabbing control of Ukraine's flagship defence company. Gulf businessmen are waiting to pounce on the opportunity. [...]

Xiang Rong, CEO of the satellite maker Mengsheng Electronics, maintains close ties with his alma mater, the University of Electronic Science and Technology of China, and has big export ambitions. [...]

As the space race with Washington heats up, the state-owned China Aerospace Science and Industry Corporation is keen on becoming a New Space powerhouse while keeping in line with Beijing's vision. [...]

Beijing is pushing forward with its security diplomacy in countries [...]

Once Thales' key partner in the Middle East, Nabil Barakat is looking to branch out in new areas. [...]

With the help of a discreet Washington insider, the Ukrainian engine maker is being assiduously courted by US defence groups. [...]