Your account has been succesfully created.
Insiders
EUROPE MIDDLE EAST 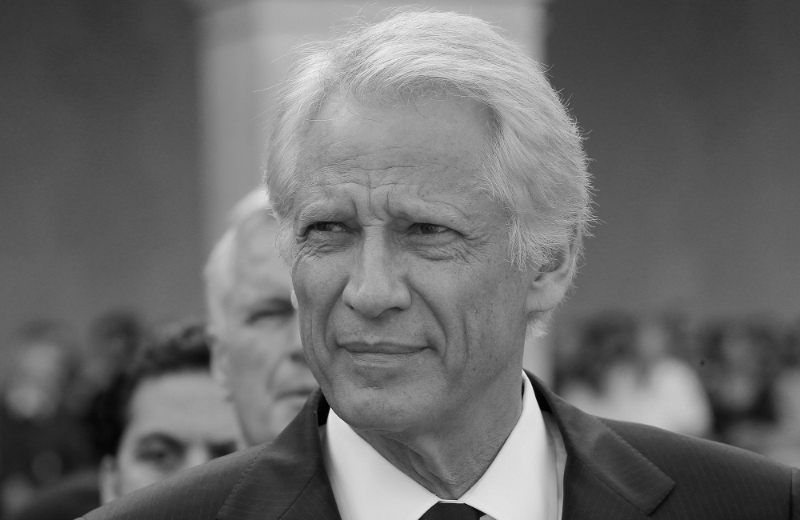 Issue dated 14/05/2013 Reading time 22 minutes
Since 2008, Dominique de Villepin has been reaping the benefits of a network of business contacts built up over 30 years in the corridors of power. His law firm, Villepin international, which opened in April 2008, is devoted to his new profession of business facilitator. De Villepin, who was Jacques Chirac's prime minister from 2005 to 2007, is discreet about the identities of his customers and the nature of the work he carries out and some of the voyages he makes are shrouded in mystery. What was he doing, for example, in Iran in 2008 with former president Ali Akbar Hashemi Rafsanjani and in Azerbaijan in February 2013 when he met President Ilham Aliyev?

De Villepin acts on behalf of major French groups like Patrick Kron-led heavy plant supplier Alstom and the Total oil group, which is run by his old friend Christophe de Margerie. These groups have long-term contracts with Villepin International. De Villepin, a former diplomat who was part of the Voltaire intake at the Ecole Nationale d'Administration (ENA), assists these companies in two regions where he has long experience: South America and the Middle East. His diplomatic and, subsequently, political career have enabled him to get to know and win the appreciation of several heads of state in these two regions, including Venezuela's Hugo Chavez, who died on March 5 2013, the Emir of Qatar, Hamad Bin Khalifa Al Thani, and Argentinian president Cristina Kirchner.

But, more recently, de Villepin has also acted as consultant for foreign companies looking to set up in France. He has acted in this way for the Qatar Foundation, run by the emir's wife, Sheikha Mozah, for the holding company of Japan's Nambu clan, which runs the giant Pasona temporary employment group, and for South American groups.

De Villepin has drawn around himself an innder circle made up of businessmen, redoubtable lawyers and experienced diplomats. All are united by a certain fascination for their "great man".

A never abandoned interest in politics

Away from business, Dominique de Villepin never severed his links with French politics during the five years that Nicolas Sarkozy was in office. Even when the press was struggling to find words harsh enough to describe the enmity between the two, they continued to meet occasionally to talk about domestic politics or de Villepin's business operations. At the same time, de Villepin regularly phoned Claude Guéant, secretary general at the Elysée Palace from 2007 to 2011, when he was due to meet foreign officials, even if only to keep him informed of what he was doing.

Olivier Brun, the missing link between Airbus and all of the networks under investigation

While France's financial prosecution service, the PNF, and the UK's Serious Fraud Office chug along with their vast corruption probe into Airbus Group, it is becoming increasingly apparent that the aircraft manufacturer's former financial arranger played a decisive role in the signing of key export contracts. [...]

Akim Laacher, a young lobbyist familiar with the French political scene, has been actively pitching his services to French companies [...]

In the wake of his recent departure from the Qatari defence ministry, Hamad bin Ali al-Attiyah is now focusing on the family firm that he is positioning to be the local partner of Western companies in Qatar. [...]

Bugshan out of patrol vessel deal

Jean-Louis Borloo, the former minister for the environment and energy [...]

According to our sources, Dominique de Villepin had lunch with Russian President Vladimir Putin during the 11th annual Valdai Discussion [...]

With French President François Hollande due to visit Azerbaijan on May 10-11, Dominique de Villepin, the former prime minister under [...]

After tucking into a meal featuring coq au vin and a veloute de rutabaga, former France's Dominique de Villepin will [...]

Philippe Faure who was appointed France’s special representative to Mexico [...]

Dominique de Villepin has been doing a lot of foreign [...]

Before his arrest on August 9, officially for allegedly helping [...]

France's special friendship with the Bugshans

The Bugshan group was the exclusive representative of French arms companies in Saudi Arabia for more than a decade. That heritage is now catching up with it. [...]

The Yemeni-origin Bugshan family, long-time partner of several French defence groups in Saudi Arabia, has placed a smidgeon of its [...]

Herve Seveno, the president of the French corporate intelligence firm, I2F, was appointed secretary-general of the political bureau of Republique [...]

Clearstream To Unfold to Bitter End

Hearings into the Clearstream affair this month make it clear the investigation will go all the way to its conclusion. [...]

The "break with the past" championed by France's new president, Nicolas Sarkozy, will probably be less wrenching than he promised - a major overhaul of the state will indeed be undertaken but a rash of appointments to government departments indicates [. [...]

A Minister or Shopkeeper?

Legislator Bernard Carayon has hinted on several occasions he would like to become a minister or state secretary in charge [...]

The Middle-Man and the Minister

The French president's favourite go-between for major international contracts, Alexandre Djouhri, recently met secretly with Nicolas Sarkozy, the interior minister who is expected to run for the presidency in 2007. [...]

Villepin crams plenty of business into his visit

A financial consulting concern named Iota and headed by the son-in-law of a powerful French rightwing politician is working for oil companies. [...]

Enjoying backing from the Qatari authorities for its projects in the emirate, France’s Total pledged help Qatar develop its African assets in return. But little has come from the trade-off. [...]

Serge Bitboul, the founding chairman of engineering and air transport [...]

Saleh and Djouhri on African safari

Since his election in August 2009, Gabon's President Ali Bongo, who is rather isolated in the region, has looked further afield in search of new partners, and with a certain degree of success. Some partners have even set up shop [. [...]